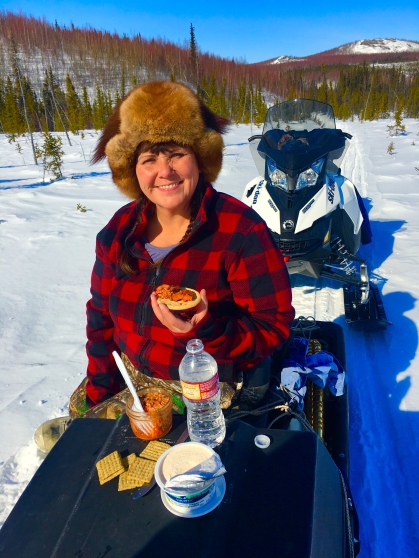 Four years ago, a series of presentations by kids from Tanana galvanized the statewide Elders and Youth and Alaska Federation of Natives conferences. The young people, wearing camo-kuspuks, shared a disturbing litany of abuse, suicide, pain and addiction in their community. They were members of a local 4-H club started by my guest today. Cynthia Erickson is a store owner in Tanana. After she and her family were rocked by a sequence of suicides, she decided enough was enough. If this were Hollywood, her pluck and determination to make a difference by starting the local club would have resolved the issues into a better way of life for the young people of her village. As you’ll hear, it didn’t play out that way. After an initial flurry of concern and attention, life settled back into old patterns, and Erickson discovered the 4-H organization wasn’t the right fit for the political action she had in mind. So, Erickson started her own organization called “My Grandma’s House.” Later this month, she is organizing a family event at Pioneer Park in Fairbanks. That’s followed by a healing journey down river to several Interior communities. Her effort has found support from various Native and local agencies. I spoke with Erickson last week about her drive and the speeches delivered four years ago by her kids.

Also, on the show: For most of us, mathematics beyond balancing the checkbook or calculating a tip can be abstract and intimidating. It is a subject best left to professionals. But as University of Alaska Fairbanks math professor and Northern Soundings’ Math-Guy John Gimbal tells us, that isn’t always the case. Be prepared to think in color and on an infinite plane.

And, author and neurologist Oliver Sacks died in 2015. He’s best known for his early book Awakenings, which was made into a popular movie starring Robin Williams. But Sacks also published on a wide range of topics. He always brought to his subjects, elegant prose and deep and compassionate reflections. Reviewer Frank Soos looks at several works by Sacks, including a volume published last year, River of Consciousness.