Few would deny we seem to live in a very contentious political period. This can make the average person, angry, pensive and distressed. Which is why I invited Jungian psychologist Steve Parker to discuss the psychology of our times. Parker has been a practicing therapist in Fairbanks for decades. As you’ll hear, he also works with stone and blogs.

Earlier this month, years of legal wrangling about sulfolane contamination coming from the North Pole oil refinery resulted in a multimillion-dollar judgment against former owner Williams Alaska Petroleum. A superior court judge ordered Williams to pay over 20 million dollars. What many may not know is that research led by University of Alaska Fairbanks microbiologist Mary Beth Leigh played a role in the trial. Leigh and her team looked at possible bioremediation of a miles-long plume of sulfolane that has contaminated groundwater in parts of North Pole. I talked with Leigh about her research and what it was like to testify at the trial.

And Frank Soos is in with a review of Janet Malcolm’s latest book of essays. 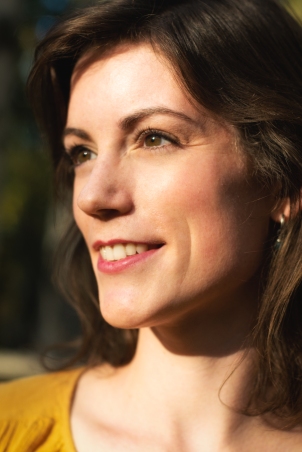 Freelance journalist Lois Parshley joins me this episode. She has reported from every continent on the globe. Her work has appeared in The New Yorker, Harper’s, The Atlantic and a host of other periodicals. She’s received fellowships and awards from such institutions as the Knight Wallace Journalism Fellowship, the Bread Loaf Writers Conference and the United Nations Foundation. She’s currently serving as the Snedden Chair of Journalism at the University of Alaska Fairbanks and will be teaching a course this spring targeting scientists, mathematicians, and engineers on communicating their work to the general public.

For this New Year’s Eve edition of Northern Soundings, I’m pleased to celebrate with a conversation between my friend and long-time colleague Susan McInnis and the late Richard Nelson. Nelson was a gifted naturalist, anthropologist, and broadcaster. Many know him from his radio series Encounters. But Susan’s discussion was prompted, almost 30 years ago, by the publication of Nelson’s lyrical book The Island Within. Nelson’s connection with KUAC dates back to the 1980s when another of his works Make Prayers to the Raven was made into an award-winning television series. Nelson passed away in November and his distinctive gifts as an engaged and enthusiastic observer of the world and its communities will be missed.

One last note: Long before Northern Soundings, Susan McInnis demonstrated the power of thoughtful conversation at KUAC with her program Sunday at Noon. Working on this show and hearing her again was a joy. I thank her for offering this episode to share. 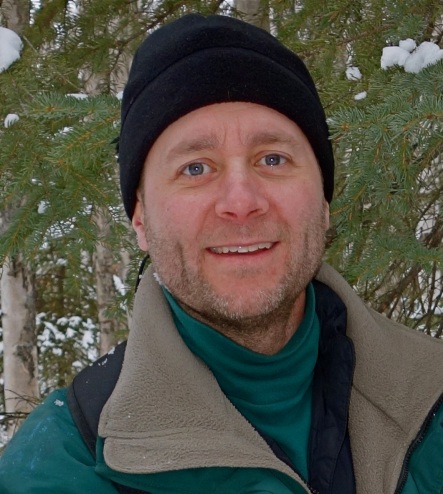 I’ve been distressed by the increasingly strident tone of our political rhetoric. I am guilty of it too, but I recognize that if we are ever going to move past the polarization, we have to articulate our positions to others with humility and a sense of respectful cooperation. In the belief that all politics is local, I invited two people from my community who practice civil discourse to discuss their backgrounds and perspectives.

First is Jimmy Fox who serves on the Fairbanks North Star Borough’s Sustainability Commission. As you’ll hear he was deeply influenced by Aldo Leopold’s A Sand County Almanac, and more recently Getting to Yes and Leadership on the Line. He was particularly inspired by the teachings of Marty Linsky and Adaptive Leadership.

My second guest is Mike Prax who has served on the Fairbanks North Star Borough Assembly Mike remains engaged in the community, attending a wide range of public meetings. He is a Libertarian and points to former Alaska State Legislator Dick Randolph as a mentor. Despite their differing backgrounds, both men believe in civil dialogue and not relying on legislatures to achieve a more perfect society.

Also on the show, Chris Lott looks at the word “liberty” on this edition of Katexic Clippings.

The University of Alaska Fairbanks is accustomed to attracting non-traditional students – folks who return to higher education after trying their hand at mining or construction or trapping. As it happens, a celebrated Danish scientist also took a non-direct educational path. Not long ago, the UAF’s Alaska Quaternary Center invited evolutionary geneticist Eske Willerslev to talk on campus. Willerslev got a late start in the sciences after he and his twin brother mounted several expeditions to Siberia. They were looking for adventure and also exploring for keys to the peopling of the new world. But as you’ll hear, when Willerslev took up his career in biology he made astounding progress. He helped pioneer a novel technique for analyzing ancient DNA, and also became the youngest full professor in Denmark at that time.

And Chris Lott is in with false cognates in this edition of Katexic Clippings.

I recognize local residents might want to cut right to the Radio Recall segment. Enjoy.

Climate change is a growing concern, sparking different responses. Noted portraitist and multimedia artist Brenda Zlamany is documenting its impact by capturing the likenesses and stories of residents in key communities. This summer she visited Utqiagvik and was the artist in residence at Denali National Park. She reveals the sometimes emotional bonds linking the artist and subject

And Political Geographer Elizabeth Alexander is also responding to Alaska’s troubled economic landscape through stories. But sound is her medium. She discusses why she’s starting a podcast on the effort to recall Governor Dunleavy.

This week, Fairbanks’ human dynamo of community theatre Peggy MacDonald Ferguson is on the show. I’ve been trying to sit down with Peggy for several years. Peggy, besides serving as executive director of Fairbanks Drama Association, is also on the Alaska State Council on the Arts and so her schedule is one darned thing after another.

Also on the show is a reprise of a discussion I had two years ago with former Alaska Writer Laureate Anne Hanley.

Sometimes on Northern Soundings, I can’t air an entire discussion with a guest. This was the case last episode when the artist Karen Stomberg shared about the inspiration for her exhibit at the University of Alaska Museum of the North. I found Karen’s remarks about the power of engaging in creative activity so inspiring I thought I’d publish the addendum to the last episode. I hope you enjoy it. 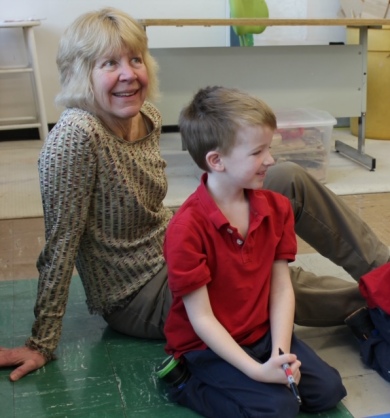 One of the major fall social events in Fairbanks is HIPOW, the fundraising dinner and auction for the Catholic Schools of Fairbanks. This year marks the effort’s 50th anniversary. My guest this week is Nancy Cook Hanson, who recently stepped down as director of the school and Monroe Foundation. I took the opportunity of her retirement to ask about her background and how she came to join the school. When she was young, she says, she yearned to discover the meaning of life. While she says she didn’t discover it, friends and colleagues know she remains a thoughtful, curious and compassionate person.

Also on the show: Educator and artist Karen Stomberg has a wonderful exhibit at the University of Alaska Museum of the North. Its title comes from Karen’s recently published book, Collected Treasures: Six Alaska Wildflowers. Karen talks about her botanical art and capturing it in print.