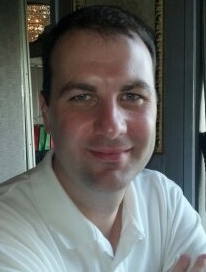 Julie and I took a trip to Costa Rica in late January and early February. That has delayed my posting of recent episodes. Look for them to appear on a daily basis until I’m caught up with my radio show.  Today’s offernig, though, seems like an “evergreen,” as we say in broadcast journalism.

Hawaii’s missile scare underscores the growing anxiety in the United States about the war-like rhetoric being exchanged between President Donald Trump and North Korea’s Kim Jong-un. The recent Olympic Winter Games, don’t seem to have dampened Washington’s bellicose rhetoric, either. Added to the mix is the plan to cut state department personnel and the inability of the Trump administration to fill key ministerial posts. Finally the withdrawal by the U.S. from earlier negotiated treaties, including on climate change, have elevated concerns around the globe. My two main guests this episode address key aspects of U.S. foreign policy. I got the idea for the program when I spied UAF political science professor’s Brandon Boylan’s flyer about his international relations class. Boylan is also Associate Director of Arctic and Northern Studies. As we began our discussion, I learned it was international conflict that drew him into political science.

Later in the show I talk with Northern Soundings regular Cary de Wit. Cary is a geography professor at the University of Alaska Fairbanks. As we heard from Brandon Boylan, there are various ways of evaluating international relations. One of the countries that has dramatical increased its geopolitical clout is China. I invited Cary to discuss the country’s rise in wealth and power.

And Chris Lott of katexic clippings explores an emerging term in international debate.