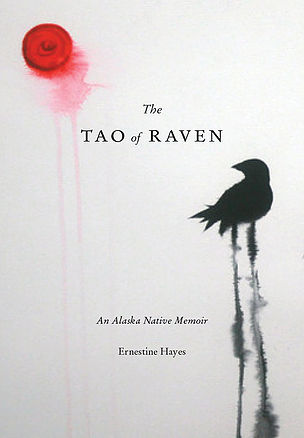 Ernestine Hayes’ memoirs have attracted widespread praise and garnered her several prestigious awards, including an American Book Award. Hayes is a Tlingit elder and her works weave together myth, fiction and autobiographical details to produce rich, multi-layered examinations of her life. Hayes is also Alaska’s Writer Laureate and recently she was in Fairbanks giving the keynote address at the Alaska State Council on the Arts conference.  I had a chance to speak with her following that address.

KUAC television is premiering a new series called Into the Woods. It focuses on three Fairbanks residents who take part in a painterly boot camp.  Instead of a red-faced and shouting master drill sergeant however, they are guided gently into artistic techniques and approaches by Kes Woodward, painter, art historian and professor emeritus at University of Alaska Fairbanks. As you’ll hear, KUAC producer Makenzie Landry came up with the idea for the series after profiling Woodward for a shorter project.

And Chris Lott is in with Katexic Clippings.