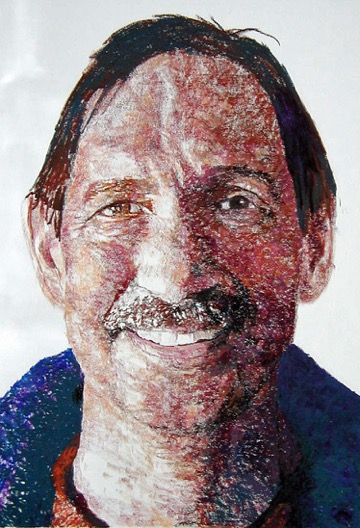 An Interview with Frank Soos, Pt. 1

Almost 30 years ago I found myself in a University of Alaska Fairbanks undergraduate creative writing class taught by Frank Soos. It’s hard to overestimate the effect the class had on me. Until then, only two teachers had radically changed the way I viewed the world.  That fall, I found a third.

The thing is, looking at Frank you would never peg him as a prof. He’s tall, whipcord trim and sturdily framed, despite the height. He sports a mustache that vaguely suggests an outlaw in a John Ford Western.  That changes when you see him teach. He’ll diffidently shuffle into class, cock his head as if trying to catch a phrase just out of earshot and address the students. Unfailingly polite, he then leads, prods, and draws forth from the class observations about the assignments you only dimly imagined.

All of which is to say, Frank is a gifted teacher. He is also a lyrical and intelligent writer. Like Frank’s appearance, his prose is deceptively casual, even conversational; but on reflection you discover his deep understanding of literature and culture. His collection of short stories Unified Field Theory won the Flannery O’Connor prize for short fiction. He currently serves as Alaska’s Writer Laureate, an honor that coincides with the publication of his latest collection of essays, Unpleasantries: Considerations of Difficult Questions. He has also collaborated on wonderful book projects with visual artists, his wife Margo Klass and longtime friend Kes Woodward.

More personally, Frank contributed reviews to KUAC’s Alaska Edition, a public radio show I helped produce. His range was impressive, besides casting a critical eye on literature, he also reviewed performances by basketball teams competing at the Top of the World tournament. Those reviews date back more than a decade. But here’s the thing, I still get people asking me when the station will bring them back.

So, I knew I wanted Frank as my inaugural guest for Northern Soundings. I hope you enjoy the interview